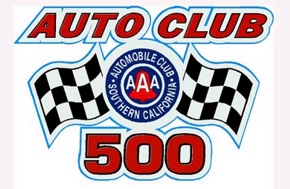 Rain on both ends

The Daytona 500 was dampened by rain early on race day. It cleared up and the race was under way on time but was still under the threat during the race. The rain returned and shortened the race at lap 152 leaving the leader at that time, Matt Kenseth in the DeWalt Ford, to be the winner. Not to take away from Kenseth and Roush-Fenway, but I did feel cheated out of what was shaping up to be an “edge of the seat” finish. As it was, the rain not only shortened the race but snipped the show. There was hard racing left and some of the heavy hitters had their race day drowned in the clouds. But – on the other coast…

The Tour of California, America’s big multi-stage cycling event, has rain all day and the cyclists race onward. Yes, these athletes straddled the saddle all day in wet conditions. Skinny tires and a top speed of maybe 40-45 mph on a good hill was the course of the day while a steady rain fell on racers and spectators. Yes, it is a different set of circumstances than race day for NASCAR, but the comparison can still be made. Florida and Daytona race day – California and Tour race day. Opposite sides of the country and some would say opposite sides of racing. One is gasoline and machine and the other is blood and machine. One is loud and one is “green”. However, the simularities are staggaring. Teams, drafting, crashes, mechanical issues, flat tires, sponsors, endurance…  Yes. Racing is racing. 600 horsepower or one human is not the issue. The issue is the rain. The issue is the rain and the ironic circumstance of rain on two coasts changing the dymamic of two races at the same time.

The Daytona 500 has several teams combine their resources to get off to a good season start. Stewart is an owner. The Wood Brothers limit their season. Petty and DEI reform themselves by merging with competitors. The rain comes and cuts the rug under some of these plans for a gold star to start the season. The Tour of California has some athletes showing their stuff after being out of the limelight for a while. Lance Armstrong (7 time Tour de France winner) is back in the sport. Floyd Landis (disgraced in a performance drug scandal) is back in.

It still comes down to the rain. Rain on NASCAR sucks for the fan. Rain on cycling sucks for the riders. I suppose what I’m saying is that rain, while necessary, can suck.