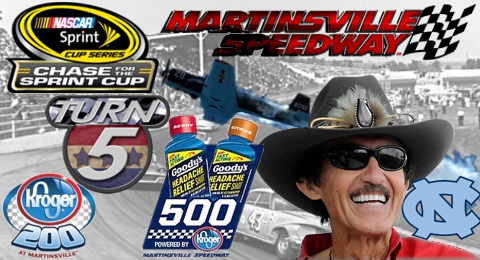 The Show For A Hero

So many Americans have given so much for our Country. That sacrifice is often put to the side by many other troubles on our own doorsteps. The economy, political struggles and even the daily routine take up so much. However, there are those that step in and run with the efforts to never let these sacrifices be forgotten.

Several months ago the Martinsville Speedway held an event to announce some of these efforts to assist an injured United States Marine. Corporal J. B. Kerns was injured in Afghanistan on his third tour of duty. A terrorist’s IED roadside bomb left Kerns with amputated legs and an arm. Kerns is one who remembers that others in his outfit and all over the conflict do not come back at all. END_OF_DOCUMENT_TOKEN_TO_BE_REPLACED

Earlier this year Missed Gear attended a promotional event at the Martinsville Speedway to introduce a Heroic young man injured while serving our Country and a talented film star with a musical side stepping in to help him.

United States Marine Corporal J. B. Kerns was injured by a terrorist IED on his third tour of duty in Afghanistan. The goal is to raise funds for a specialized home he can call his own in SW Virginia.

The film star is Gary Sinise. (CSI: NY, Apollo 13, Forrest Gump)  Gary adopted the name of his character from the film “Forrest Gump” and put his love of music together with a mission to help the men, women and families of our Armed Forces. END_OF_DOCUMENT_TOKEN_TO_BE_REPLACED