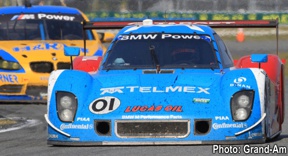 However, it was Ganassi and the 01 team with Montoya in for the final laps to take them to the win… again. END_OF_DOCUMENT_TOKEN_TO_BE_REPLACED

NASCAR On Form For Late Season

The NASCAR season is into the late half and so far, by design or luck, it is shaping up for big races. The “Chase” is winding with a few aces being held to the chest. The ingredients have been mixed and all that is left is to toss it in the oven and watch it rise.

There has been drama and controversy to keep the fans talking. Kurt Busch, for example, with media trouble and a race suspension from NASCAR trying to break him back inside the corral.  A.J. Allmendinger is another with a mark on substance abuse, suspension and a sanctioned rehab program. The continuing saga of Matt Kenseth making a jump for 2013 keeps some speculation in the conversation. END_OF_DOCUMENT_TOKEN_TO_BE_REPLACED

The Questions Take The Lead

Off track drama is like glaze on a steak. It is an additional aspect that flavors the conversation but rarely takes the focus away from the main course. However, as NASCAR made the return to Daytona for mid-season racing the off track activities overwhelmed the run of the race.

But it is something. In a span of two weeks two drivers were the center of bomb drops in the garage, arcing in from totally different directions but both resulting in an exit in some way, shape or form. END_OF_DOCUMENT_TOKEN_TO_BE_REPLACED