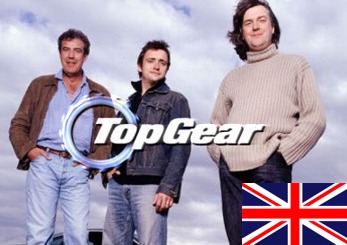 So… How was it? I watched it. Despite my love of the British original I sat down at the TV and flicked on the History Channel at 10:00PM Sunday night and tried to pry open the mind to what I suspected would be a distilled version of the original. I was, as much as the pre-show opinions reflected, as much entertained as disappointed.

What is good about American TOP GEARr?

It is fast. The production value is good and the edits and camera shots and all that make for a visual experience are done quite well. They have taken the knowledge of filming cars and speed from the original and used it well for the American show. 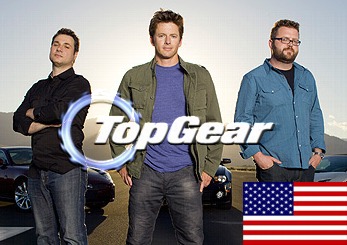 It is American. It will have appeal to the NASCAR general public that has not seen the original. It will showcase vehicles that are common on American roads and the “challenges” that have been previewed will have an American flavor. The hosts are American so have the potential to connect with the average car guy that doesn’t know what a “boffin” is. It isn’t boring. It’s actually pretty good and worth watching at least until we see what nicknames the hosts come up with for each other. On the premiere episode, the guys were having fun and it shows and it does make for some entertaining viewing.
The scenery and backdrops and locations will be easily familiar. And, if we so desire, we can go to a taping of the show without having to submit to a full body scan or genital pat-down or rent a car with the steering wheel on the side of the car we usually use for holding our cheeseburgers.

What is wrong with American TOP GEAR? Everything… And nothing.

If you are a fan of the original… If Jeremy Clarkson, James May and Richard Hammond are the final word on humor and driving… You will be, quite possibly, disgusted with the American show. And I wouldn’t fault you at all. I get it. I have told people before the show is “Monty Python meets Road and Track”. The American show may be “Saturday Night Live meets Car and Driver” but with one of the SNL casts that nobody really remembers…. Beyond that, if you can’t find the humor in the “Ministry of Silly Walks” sketch it is likely you wouldn’t find the original series all that captivating in the first place and the American version may be a perfect fit for your pizza and light beer mentality.

The hosts do not exhibit a lust for the car. They have fun with them but it seems obvious they have pre-scripted the information they put out about the car rather than let that knowledge fuel the excitement of driving it. Are they “CAR” guys or simply guys that have been given access to cool cars? Beyond that, they seem to actually like each other… What’s up with that? Jeremy, James and Richard (the British hosts) don’t “hate” each other but they do exhibit a healthy disdain for each other. It is that little bit of friction that gives them personality. The American hosts are simply “personalities” at this point.

Adam Ferrara is a comedian and actor. Yes, he’s funny and all that as a comedian. He’s fine on the firefighter drama “Rescue Me”.
Rutledge Wood is possibly going to be most well known to the standard American NASCAR watching public. Regular segments for SPEED and RACEDAY and TRACKSIDE and such have put him in the homes of Sunday race fans for a while.
Tanner Foust actually has some wheel to wheel racing experience as a Rally, Drifting and X-Games champion. His driving skills are also in demand as a stunt driver in the movie industry.

Now we have to see if these persons can create some personality and some fire between them. First, can we lose the obvious concern for what happens to the other hosts. That alone may create enough humorous drama to add the seasoning that leads to something fun. Forget American sensitivities and make this a “rubbin’ is racin” and “put’em in the wall to win” and “super glue the radio knobs at full blast just to mess them up” kind of show. We need that careless non-concern for the others’ well being stated in such a way as James May said so brilliantly about Richard and Jeremy being “killed to death”.

They are going to have to come up with a better introduction for The Stig. Part of the mystique is we DON’T know the background. Don’t tell us we’ll never see his face or that he is there to set the lap times for the track cars or any of that stuff. Give us some credit, for crying out loud! Some say you are giving the background because Americans don’t get simple hyperbole… Others say the viewing audience is being under-estimated to the lowest common denominator… All we know is it’s called “rubbish”. The Stig is the super-hero, stunt-dude, mystery behind the helmet that defies explanation and doesn’t need one beyond two humorous non-sequiturs and some car keys. Fix it.

Maybe it was that silly American concern for someone else getting a bruise or breaking something or whatever… But… If you are going to compare 3 Lamborghinis on straight line speed… PUT THEM SIDE BY SIDE AND HAVE A RACE! That is the TOP GEAR way. One at a time and what was your speed and oh my he seems to be going fast and oh he shifted too soon… Are you kidding? What I saw was a drag race with all of the “drag” and none of the “race”.

A Suzuki? Its AMERICAN TOP GEAR and you have a Suzuki? “Big Star in a Small Car” is a nice American conversion for “A Star in a Reasonably Priced Car” but… but… a Suzuki? How about a Chevy Aveo or a Ford Fiesta….? Something! I don’t care where its made but slap an American badge on it! Of all the choices you got a Suzuki….? You can rename the segment to “Big Star in a Car I wouldn’t be caught dead in….” and see how many times the drivers duck under the dash when they see the camera crews….

The Dodge Viper – Apache Attack Helicopter segment was…. good. Really, it was. However, and maybe its just me, but there was something off about it. Maybe I enjoy the British bickering too much. “You’re going in circles, you pillock!” and “You’re directions are rubbish” and all that. There was some of that but it lacked the “no, I really mean it” attitude of the original show. But perhaps I’m just picking at this point.

Bottom line…? Those of us who have seen, and become fans of, TOP GEAR on BBC-America are heavily biased and influenced by what we already know. We want “saloons” instead of “sedans”. We want “boffins” and bickering and shameless slaps at the other hosts’ dignity. We want double entendre Stig introductions. We want careless disregard and barely restrained distain. We don’t want American Idol to do Beatles’ songs. We want the Beatles! It is what we know and love.
However, those of us that do know Jeremy, James and Richard can have this opportunity to feel superior because we know most of America wouldn’t “get it” if they did see the original.
It is also possible that every single one of us would have jumped at the chance faster than Jeremy Clarkson can say “How hard can it be…?” if we were asked to be a one of the hosts. We weren’t.

It’s here.  It’s on and we’ll watch because we like cars and there is enough of the TOP GEAR spirit to get into. We’ll watch to see how the hosts settle in. We’ll watch to see where in the United States they are going to be. And after the 10 weeks of the first run we’ll likely be a little depressed it is over.
Crikey!